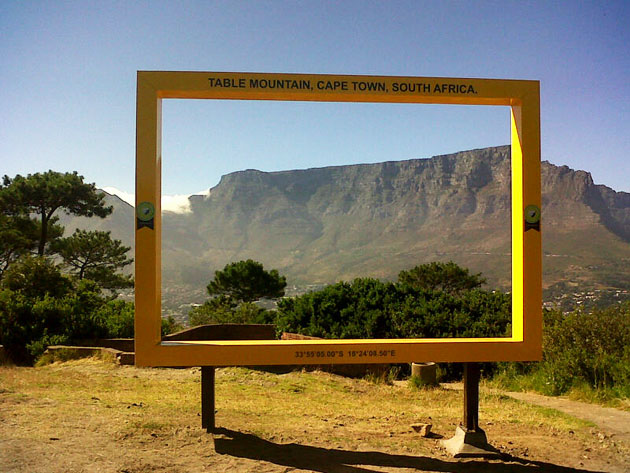 Table Mountain is the symbol of Cape Town in the world. This mountain, named because of its flat top, protects the City Bowl and offers a fantastic view of it. When clouds cover the top, Capetonians use to say that the table is set, as it look like a table cloth. It is a Natural World Heritage Site but also one of the New7Wonder of Nature selected in 2011. To honour this wonder, the city of Cape Town decided to place yellow frames at 7 different locations to look at Table Mountain from every angle.

This project took shape in partnership with the Cape Town’s World Design Capital 2014 programme. The purpose of the operation is to help tourists to take the best of this monument, but also to remind to the local people the beauty of their Mother City.

It is the South African designer Porky Hefer who thought the yellow frames. They are painted in the yellow Pantone C109, the official colour of the World Design Capital 2014, and are 2.8 meters width by 4 meters hight. Whether if you prefer selfies, group photos or alone ones, you will alway have the magnificent Table Mountain in backdrop.

It was the first yellow frame placed in the city. From the V&A Waterfront, you have a beautiful view of Table Mountain with, also at the background, sails of boats from the harbour. It shows the diversity of Cape Town, a city between ocean and mountains. 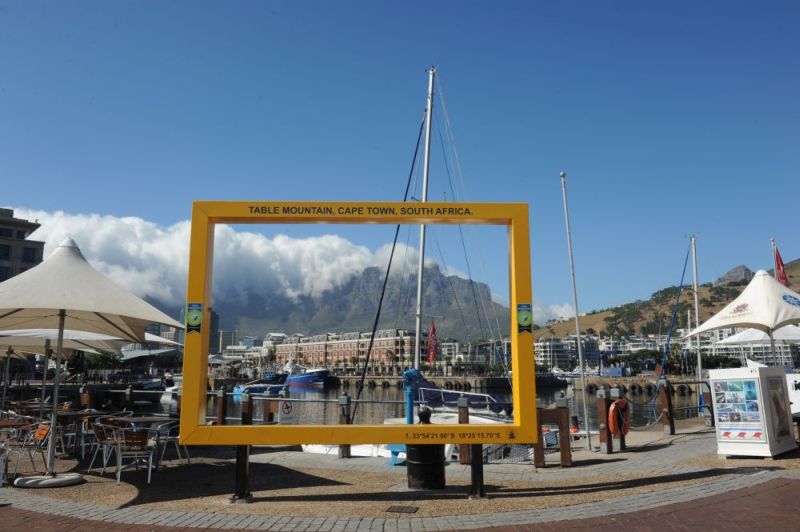 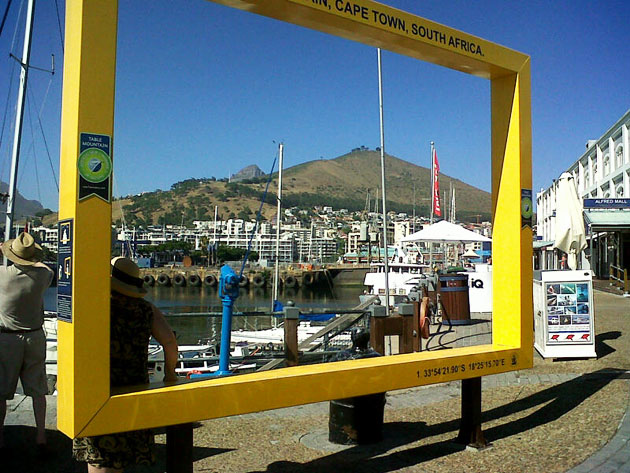 It was the second one. On the hill of Signal Hill, you see Table Mountain and overlook the City Bowl at the same time. It helps to see how the mountain range really protects the town and offer a view of Lion’s Head. The best moment to go there is at the end of the day, to stay and appreciate a stunning sunset on the see during a Cape Town City Evening Tour, just on the other side. 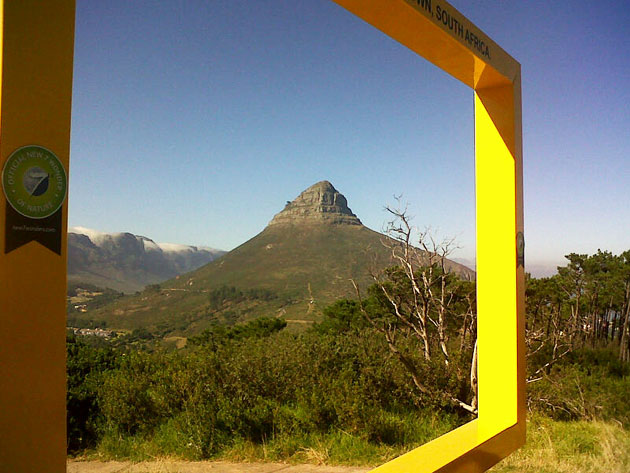 Blouberg – Eden on the Bay

Blouberg offers a postcard view of Table Mountain. From there, you clearly distinguish the different hills of the mountain range. The yellow frame is located at the Eden on the Bay, a big mall where you can also spend the afternoon. If you prefer, you can discover it during a trip exploring the Western Coast. 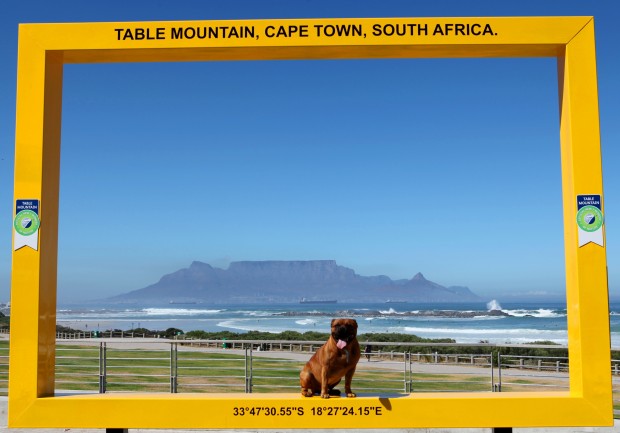 This place is not very well-known from tourists. Khayelitsha, which means “New Home”, hosts the only frame which offer a panoramic view. However, it is a gift that must be earned as you have to climb 164 stairs to join the platform where the frame is located, but it is worth it! In the City Center, this frame is located at a crossing point, just next to the Cape Town Station. Many people go through this area everyday to go to work or come back home. Your picture will show Table Mountain but you might also capture the city bustling with activity! 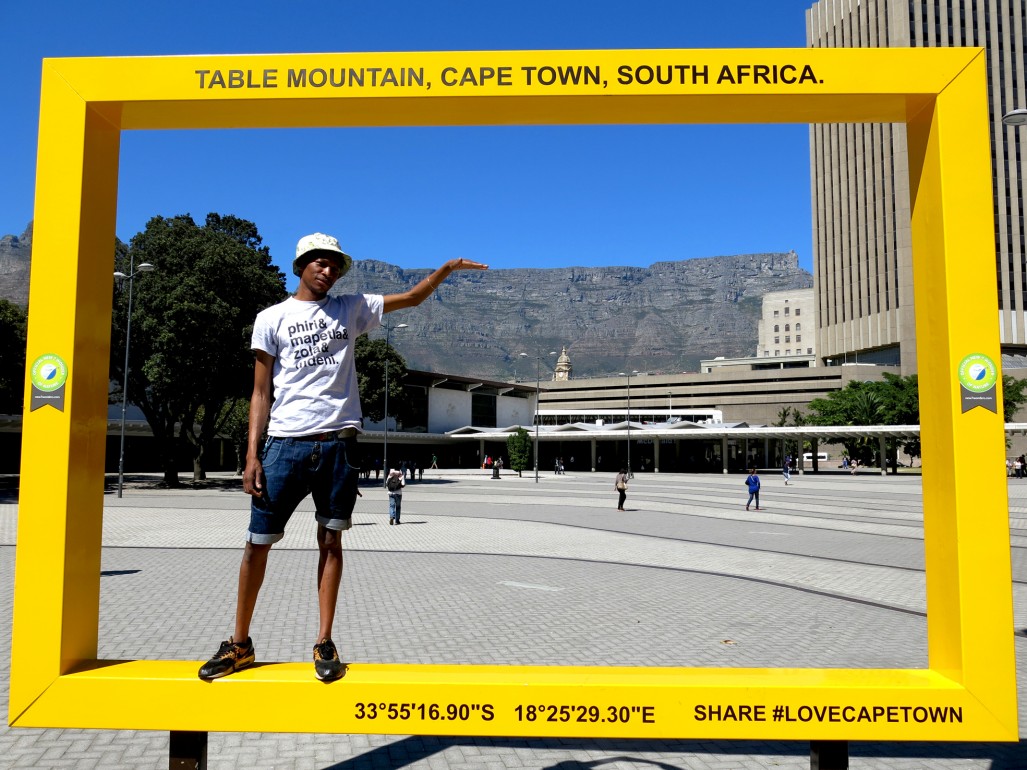 This frame is located in a place rich in history. Close to the District Six Museum, it is also the opportunity to have a colorful picture, thanks to the famous blue wall with the portrait of Nelson Mandela. 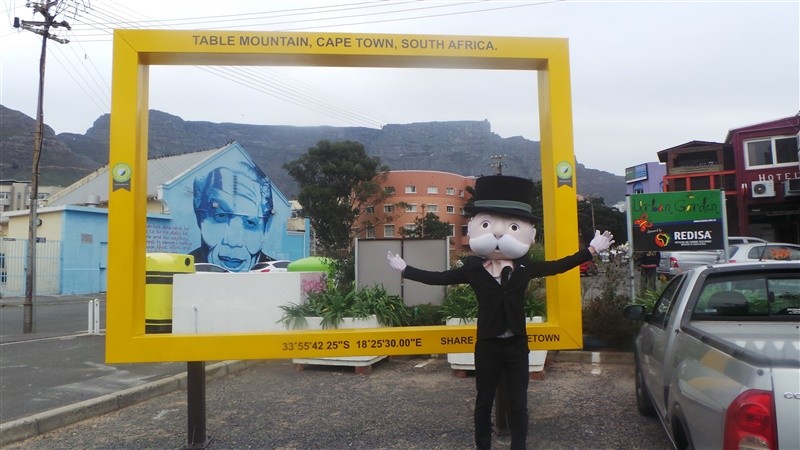 The last one is situated at the Silo Disctrict. These frame took place in 2016 thanks to the success of the first frames. It offers a new perspective of Table Mountain with the view of the tours of the CBD, the business area of Cape Town. 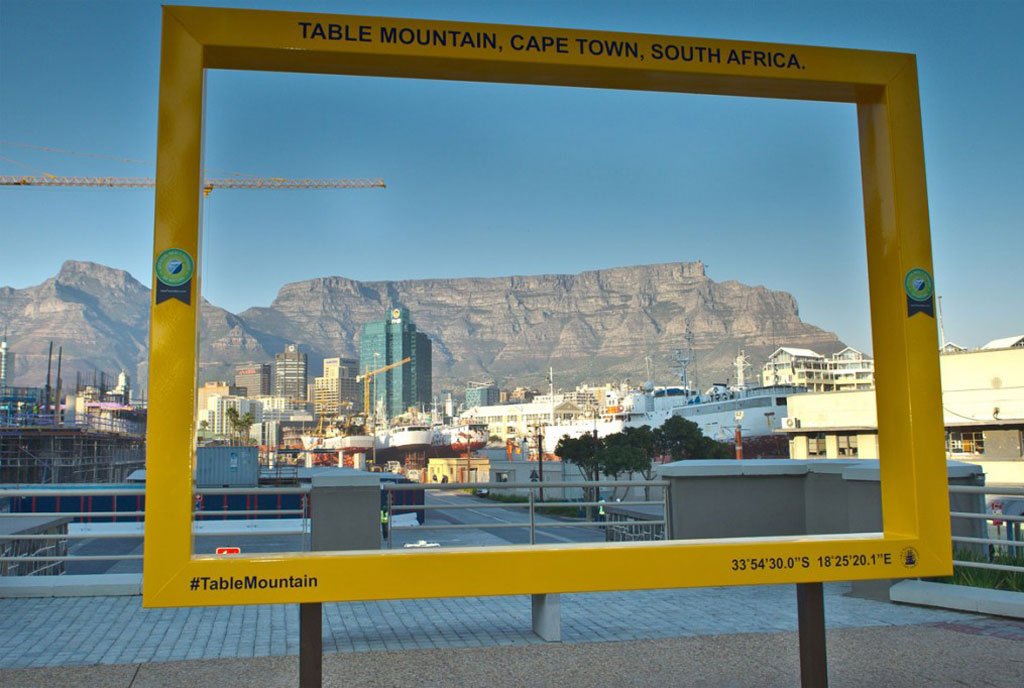 These beautiful giant yellow frames have been given a makeover during the Autumn 2016. They are brilliant and are just wainting for you! Table Mountain is the symbol of Cape Town, but not the only one. Discover the 9 other must-sees of the Mother City here…