Discover the Whale Route from Cape Town to Hermanus

Discover the Whale Route from Cape Town to Hermanus 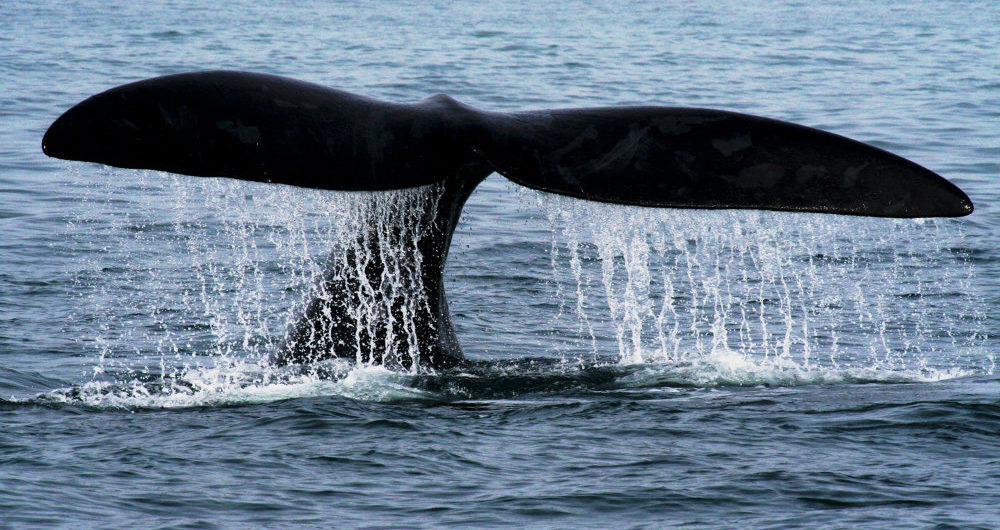 Have you ever dreamed to see whales? So, South Africa is the ideal country! From July to November, you can see these wonderful animals by dozens along the coast. Thanks to this tour, come to discover the Whale Route from Cape Town to Hermanus. Gaze at the wealth of the Overberg region, between botanical gardens, nature reserve, winelands and ocean, of course.

It is during the 1930’s that three investors: Harold Porter, Arthur Youldon and Jack Clarence bought lands on the False Bay west coast. They decide to call the area “Hangklip Beach Estates” that they divide into three distinct small towns: Bettys Bay, Gordons Bay and Rooiels, selling plots, here and there, to interested people.

After a fire in 1940, Harold Porter decided to buy large parts of Bettys Bay to create a garden and a private nature reserve. Ideally located betweem sea and mountains, it is called “Shangri-la”, that we can translate by “heaven”. The name comes from an utopian place that James Hilton describes in its novel from 1933 Lost Horizon. It is a peaceful and relaxing area where we can see wonderful sceneries. The work started in 1950 and the nature reserve openend 5 years later as “Shangri-la Nature Reserve”

After the death of its creator, Harold Porter, in 1958, the nature reserve has been passed on the South African National Biodiversity Institute the next year. From that moment on, the park changed its name to become the “Harold Porter National Botanical Garden” in honour of its creator.

During the next years, the garden continues to expend itself to, today, reach 200,5ha. 10ha are cultivated whereas in the largest part of the park, the wild nature reassert herself. Th Harold Porter Botanical Garden is well-know for its amber pools and waterfall. You will also be able to see the South African national flower, the King Protea (Protea cynaroides). If you have green fingers, please note that at the end of your tour, you can buy plants.

Today, the garden is a part of the Cape Floristic Region, listed as a UNESCO World Heritage. It is the wealthiest of the six flora kingdoms registered in the world, but also the smallest one with a size of 46,000 square kilometers.

Continuing towards Hermanus, you will drive through the small town of Kleinmond. There, you will be able to take in the beach, quite touristic, but well-known for its exemplary environmental quality

A bit further, on the outskirts of the Bot River lagoon and the Rooisand Nature Reserve, keep your eayes wide-open. Perhaps you will see a herd of wild horses free-roaming. 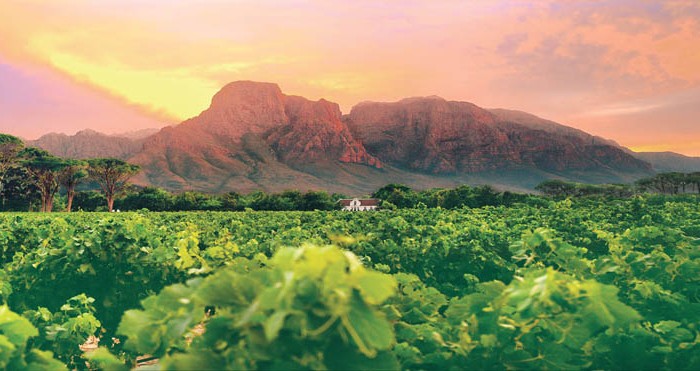 Continuing a few more kilometers, a bit after Vermont, you will be in the Winelands of Walker Bay. This part of South Africa mainly produces wines from Pinot Noir and Chardonnay. Venturing further inlands, during the week, it is possible to discover the Hamilton Russell Wine Estate, the oldest vineyard of the area. The owners consider that it is both the southermost in Africa and the closest to the sea. 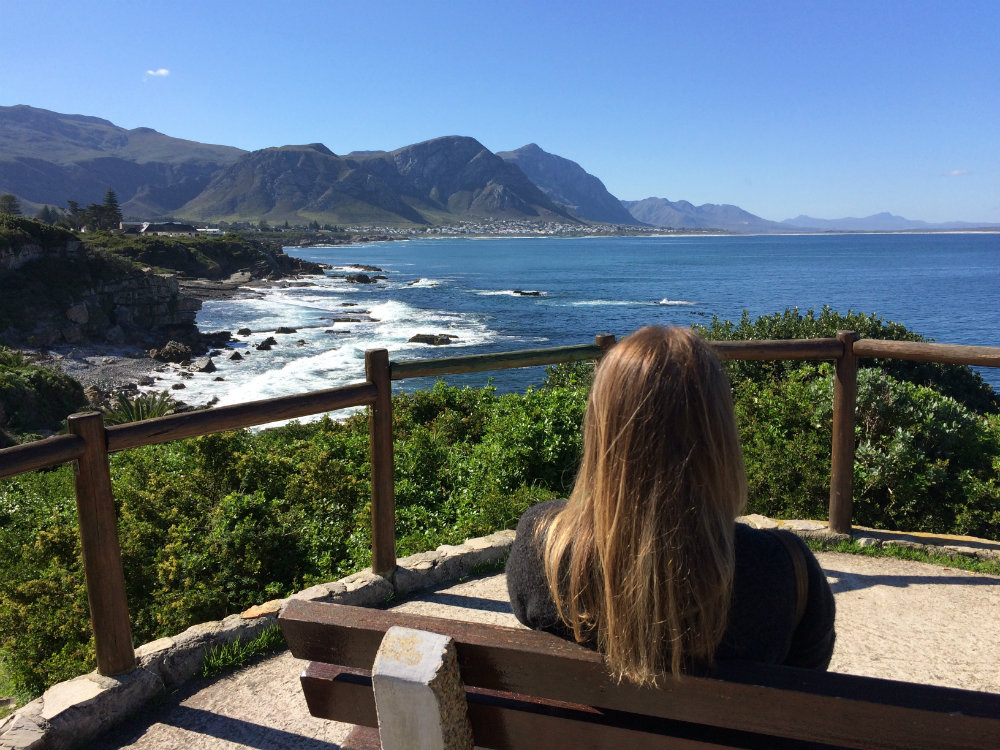 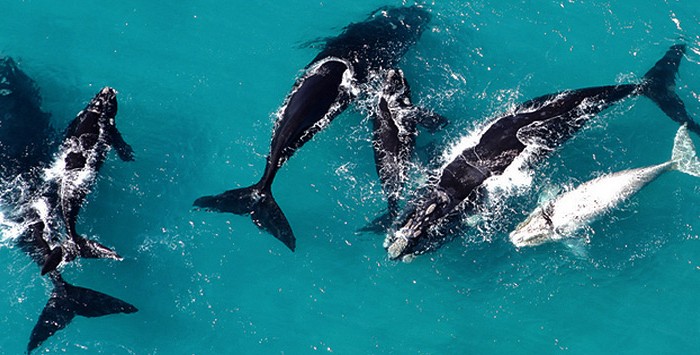 Located 120 kilometers to the south of Cape Town, Hermanus is a former fishing village, which becomes progressively a stylish and sophisticated touristic area.

During the winter months in South Africa, between mid-July and November, it is one of the best spots in the world to see whales. You will espacially see Southern Right Whales, impressive mammals being, on average, about 15meters and 47 tons. They leave the Antarctica Ocean to give birth to their calves et mate in the Indian and Atlantic Ocean, to the south of Africa. 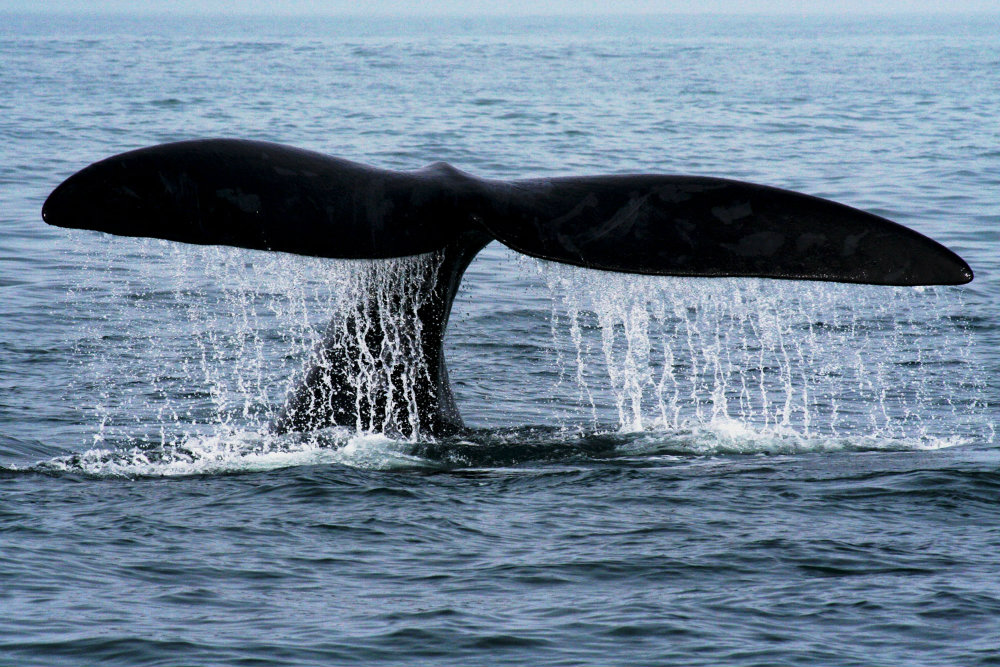 Quite curious, some of them can even come just a few meters from the banks. Sometimes, during peaks, hundreds of whales can easily be observed from the coastline. Most often, you will see their tailfin on the surface. Indeed, whales use it to take the wind: it is called “sailing”, which is more a game for them.

For the moste adventurous et enthusiasts, boats offer cruises to bring you on the ocean and see te impressive animals closer.

After the Whale watchine in Hermanus, on your way back to Cape Town, don’t miss the Fernkloof Nature Reserve. Its 14,000ha area offers a wonderful view of the ocean. This nature reserve hosts 1,400 different species of flowers, that is to say almost as much as in Ireland. 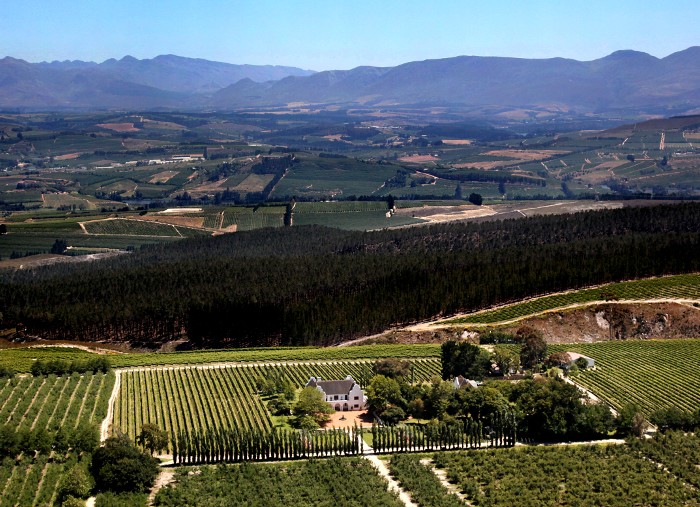 Taking the N2, you will go through the Elgin vally. This area is known in all South Africa like ‘the place where the apples come from”. Apples produced in the valley represent about 65% of the country’s production. It is especially in the city of Grabow, which is the midpoint of the region and the economic capital of the commercial activity, as the whole production is centralized there before export. The region also produces fruits and offers wine or cider tasting that you can buy after if you like. It is a perfect stop for people fond of food looking for South African savours!

Finally, continuing towards Cape Town, you will pass the Sir Lowry’s Pass. It allows cars to cross the Hottentots-Holland mountain range between Somerset West and the Elgin valley. A railway also cross these mountains. on the other side on the mountains, you will not be in the Overberg region anymore.
At the top, at an altitude of 920 meters, a panoramic viewpoint will allow you to see the valley and the mountains. Also, don’t be surprised if you meet some baboons because they are very common in this area. You will also probably see paragliders who particularly like this place launch themselves.

Between sea and mountains, South Africa overflow with many areas to discover. Thanks to these 4 steps, you will not only go close to whales to see them in their natural environment in Hermanus, but also discover wonderful areas in the Overberg region surrounding.

For more information about the Whale Route and enjoy this tour as soon as possible, please click here. Don’t wait any longer and cme to live the experience!